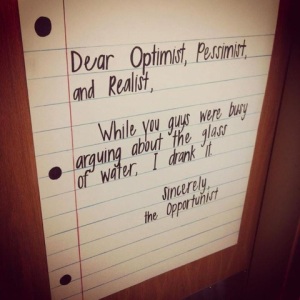 There is a by-election coming up in Calgary-Centre in a couple of days which has the potential to send a powerful message to our politicians in Ottawa.  There has been a lot of unrest in this riding for some time but it has remained staunchly Conservative for over forty years.  It has remained that way not because the one time silent majority has wanted it.  On the contrary it has happened because the silent majority over the past twenty-five years has become the apathetic majority.  And what has the accomplished?

It has allowed a growth in ideologically focused government that panders to a small but influential base.  This has contributed to the disenfranchisement of the average citizen from our political system while creating a polarization among the electorate that has squeezed out the centrist’s in Canada.  Voting has become a joke in this Canada as our last election showed.  We are the only democratic country in the world where a majority government gained that majority with less than 26% of the eligible electorate. And those in a position to possibly sway the vote tend to be part of the apathetic majority who go to the polls in declining numbers.

Does this sound familiar?  It should because that also describes what is happening to the middle class in Canada.  This same polarization is a major contributor to the shrinking of the middle class.  And what is really frightening is that those most polarized refuse to acknowledge the polarization due to an intransigent belief system.  That goes for left and right.  However the right have been able to consolidate which has allowed them to focus on controlling the message.  And the message can be whatever they want it to be because they also have the money.

However there does seem to be some hints of change in the air.  Living in the Calgary-Centre riding I am hearing a lot of unrest from the many formally disenfranchised.  The local noises appear to be indicative of people waking from a dream.  These are sounds of actions, of people beginning to say we will not be taken for granted any longer.  It has often been stated that you could run a monkey in Calgary under the Tory blue emblem and it would be elected.

But Calgary is no longer what it was twenty-five years or, for that matter, even fifteen years ago.  They have become more aware.  They are not as mesmerized anymore by repetitive spin ads and misdirection.  This was very apparent in their last municipal election by becoming the first major city in Canada to elect a Muslim mayor who continues to be a beacon of the people.  He is definitely a centrist who has every citizens well being at heart while understanding the need to balance fairly while engaging the electorate.

If you do a bit of research you will see that countries have had the most success when governed from a centrist point of view.  Traditionally centrist governments are considered centrist because they adhere to a strong democratic perspective by representing the needs of ALL citizens.  That style of government does not allow ideology to run rampant.  Again historically it is only when we begin to swing to far right or to far left that ideology begins to erode democracy.

All you have to do is read a paper once a day to see how our democratic process is being eroded because of this polarization.  So on by-election day I implore as many of the traditional non-voters to get out there and exercise the right so many before us died to maintain.  You have done it in the past so start doing it again.  Vote and vote for the re-birth of Canadian democracy.

Politically engaged, defender of rights whether or not I agree with the situation, techno nerd and someone who believes in open dialogue as well as open democracy. Father/grandfather and polio survivor who has maintained his own independence all of his life View all posts by terrywiens

One thought on “Bringing Back Democracy”