“A right must exist independently of its exercise,” – Rory O’Shea Was Here (2004)

I usually try to be polite and mature in my writings.  I try to be as factual as I can and hopefully eliminate as much of my own bias as possible.  Then there are days like today where I run across a story that just really pisses me off and I need to RANT.  These types of stories are showing up with increasing frequency and they all have a related theme. 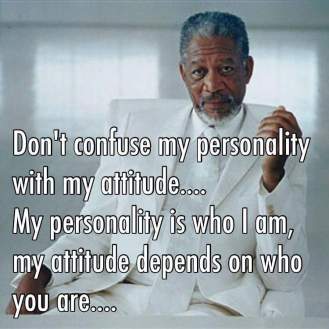 Over the years I have watched as “words” have been redefined simply by being used out of context.  The context the word usage derived from may have changed altering the understanding of that word.   Definitions from thirty years ago may no longer be valid and yet we continue to build a legislative framework on those words.  I contributed fifty + years of my life to build an inclusive society and I know what the intent of all that work was.  I can no longer sit here like a “politically correct puppy dog” simply because I may benefit from some of these programs while my history is erased.

RANT – A story came to me today about a mother in Smith Falls, Ontario.  She has been tied up in the Human Rights process fighting for the rights of her son with Down Syndrome.  I have included the link to the story but here’s the long and short of it.  Her son is a 52 year old individual who has lived in the community most of his life.  He receives a certain level of support in the community to sustain his independence.

I am guessing mom is in her seventies so not really the stress she needs in her “retirement years” (for the record for some parents of children with disabilities there is no such thing as retirement).  Plus she was absorbing (and she admits a good bit of financial support from friends) that $1500/month additional cost that the government wouldn’t cover.  The governments own standards stated the son could have a home visit from a nurse four (4) times a day but not the fifth time.

To screw around a family for something as simple as the difference of one visit pisses the hell out of me.  A standard needs to be balanced with intent before being denied.  Behind every standard is a “legislative intent“, people tend to forget that.  A standard is simply a way to provide measurement or activity but intent is a way to adjust for circumstances.  Over the years I have watched as “intent” slowly disappears from decision making.  The intent behind home care for independent living is to allow people to stay in their community and that intent should hold some weight when determining needed hours of support.

It really pisses me off that this mother had to engage in a four year battle with government over something that common sense says should have never happened.  It has become to simplistic to avoid the intent but enforce the standard.  I deal with this daily in my fight for access but nobody wants to discuss “intent”.  The intent behind access is to make a community more inclusive.  If one of the tools for access is a ramp fine and if one of those tools is extra medical coverage for catheterization that’s fine as well.  Inclusive societies do not set boundaries for some but not others.  We all work towards making it an inclusive community from physical to attitudinal.

And what is scary is the massive number of people entering retirement status after a lifetime of living with a chronic condition.  Canada lacks a unified seniors strategy to move the baby-boomers into the ranks of retirement let alone those with special needs.  The reality is we have a community mentality aimed at assisting the 90 year olds because the current crop of 65 year olds don’t want to be seen as a “senior”.

Well get over yourself.  I could give a flying fuck if I can access your home but get off your ass and make policy makers aware that you want some attention paid to inclusion and that you are tired of the slow drain of funds going to keep people from accessing services.  Be part of the solution….if you know someone, even if you don’t but cling to the belief you are a compassionate individual, then start taking positions on these things today!

One thought on “Pissed Me Off, Again”

How Valuable is Information to you?