“Until you make the subconscious conscious, it will direct your life and you will call it fate.” – Carl G. Jung

The snow has just started so the earlier week stocking up proved valuable.  However on the positive side, snow on Vancouver Island generally means it will warm up and I have had my fill of the cold weather.  My obsession with having the news on in the background paid off so I made sure to stock up after seeing the 7 day forecast.  I don’t go out when it snows so this type of weather provides me with the time to reflect on my own thoughts.  So the more it snows the more time I have to return to the substance of the opening Carl Jung quote.

I entered this new year with two main goals.  One, find some form of assisted living arrangement and two, do something about my low grade depression that doesn’t involve more prescriptions.  I figured I’ve been dragging this depression around for almost 30 years so why start more pills.  Both of these goals are important and both will need careful planning but moving is external so I will focus on a place to live first.

Dealing with depression is internal so I can do some self assessments while I’m organizing a move.  I worked in psychiatry for twenty years so I think I know how to work through that.  Unfortunately I was in a situation for many, many years where “psycho-babble” was frowned upon and any discussion regarding feelings was considered bunk so when I left the profession I left emotional expression.

For me independence is almost a religious experience and to surrender any of it is like a Catholic giving up confession but I recognize the necessity.  Acceptance of moving into an assisted living environment was a big step for me.  That acceptance has economic, physical and emotional impacts so I need to set the ground work myself.  One of the contributing factors to this decision was my recent hospitalization.  If living in an apartment community where there are supports will keep me out of hospital, all the better.  So imagine my disappointment when the feds/provinces failed to reach a new health agreement last month.

Provincial governments across the country lost out on an additional $11.5 billion meant to target mental health and homecare (much neglected areas) but the provinces didn’t like having terms dictated.  I don’t know about you but I was raised in a world where if your bargaining with someone then everybody has input until a compromise is reached.  Instead we seem to be drifting further apart.  Whatever happened to the centrist nature of Canada?

While I’m sitting here typing this (is that aging “typing”…am I suppose to say “keyboarding”…or “data dumping”…I’m trying to stay current with Trump’s new language) I have the TV on in the background when what do I hear, Evan Solomon and his CTV show Question Period.  I really haven’t seen much of Evan since he left CBC Newsworld but the first thing he does is introduce his two guests who immediately pass out the container of “idiocy butter”.  To me idiocy butter is the spin politicians put on their messaging and think people believe it.  Unfortunately many do believe it…

Today Evan happened to have two provincial health Ministers who are now requesting another meeting to reopen discussions on a national healthcare system.  One of those “how stupid do you think I am moments” when the Manitoba Health Minister highlights how much money was wasted bringing them all together last December then asks for a do-over.  Now some of the provinces would like another meeting while accusing the feds of attempting to “dismantle what has always been a universal program”.

Wow, whiplash you know.  Glad I have a decent headrest.  I have just went through ten years of indoctrination focused on convincing Canadians that the federal government has no role in health care.  Now you want to go back to the concept of a “universal health” system.  This is cherry picking at it’s finest and I would love to see this issue resolved.  People are dying while others play politics.

I worked in what was then a very good healthcare system but that was back in the 80’s.  It’s a little late to start talking dismantling when we should be actively redesigning the whole system.  I would love to return to the days of good health “care” and get away from the current health “administration” system we have spend over 25 years turning it into.

I don’t want some petulant politicians deciding now is a great time to return to the ways of territorialism.  Trump has already trashed our healthcare system and he wasn’t that far off the mark.  This approach doesn’t make it better, it just makes it adversarial and nobody wins with that approach.  We need to start working “with”, not “at” each other.  Subtle difference but can make the difference between life and death. 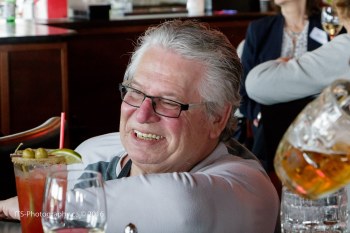 By now I am sure you are questioning why I’m writing this dribble, well I have just spend the last ten days looking into assisted living.  Since I don’t have the $3000 per month (starting) for a private (don’t tell me there isn’t a two tier system already) I need to look at the subsidized one through Island Health.  I have done a lot of research in the past week and talked with numerous individuals seeking out assisted living information.  As a child in the hospital we use to be able to go for a “fresh air ride” every Saturday afternoon if you decided.  It was called the Sunshine Bus.  Here I am almost sixty years later checking websites and the availability of that “Sunshine” bus is a big part of their marketing plans.

By the time I actually talked to a person imagine my surprise when I’m told I probably wouldn’t qualify.  Since I can get out of bed on my own, I am able to count my pills plus (bonus factor) actually remember to take them and I’m not starving myself I may be over qualified. The wheelchair dependence apparently doesn’t necessarily factor in.

Not being one that takes that kind of response well I decided to escalate this to the next level of bureaucracy, that dreaded supervisor.  I have nothing but time and fifty years of activism history.

If this new book of life is going to get written then it seems the section on activism will be the new generation of seniors.  They are just starting to arrive and their retirement needs are very different from our parents generation.  The system needs to recognize that quickly so they can start acting proactively rather than reactively.  This out and out refusal of a compromise is not good for anybody.  But until each one of us takes a few minutes regularly to make our elected officials aware we are watching then the beginning of the “post-truth” era is truly upon us…next up #Lettalk depression

One thought on “Starting the Story Anew…”