“In three words I can sum up everything I’ve learned about life: it goes on” – Robert Frost 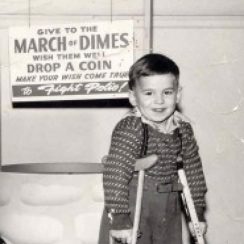 CONFESSIONS – I have been around for a long time and I have seen a lot of change, some good, some not so.  But what has been consistent is the descriptive labelling that goes on while being changed regularly.  These rebranding exercises seem to follow a ten to twelve year cycle and are often made to avoid correcting an actual issue.

When I was 5 (1955) I was a March of Dimes poster child and we were referred to as “crippled children”.  Although “cuteness” had it’s benefits it meant little to me while the terminology was a bit demeaning.  Did I know that?  No.  Today that has become an unacceptable term but I could give a damn.  I am ME.

When I was 17 (1967) I was a member of the Alberta wheelchair sports team attending the first national wheelchair sports games in Montreal.  I was referred to as a “polio survivor” with little attention given to the fact I was also an athlete.  However at that point I could give a damn, I was ME.

When I was 25 (1975) I was now being referred to as a “disabled person”.  In hindsight that term was the early seeding of political correctness and considered a step up from “cripple children”.  This was all pre-Charter days.  Again I didn’t give much of a damn, I was ME.

By the time I was 35 (1985, post Charter) I had settled down after realizing I wasn’t going to die early.  We were condition with that belief while we were still “cripple children”, short life span however advances in healthcare and technology improvements were changing all of that.  In an effort to classify us they now referred to me “mobility impaired” and I still didn’t give a damn, I was ME. 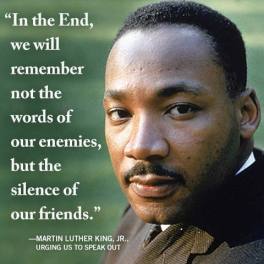 If those closest to us don’t get why will anybody else?

By the time I was 45 (1995) I was a “person with a disability”.  Yep we had come a long way since 1975 and all it took was the rearranging of nouns and adjectives.  Life should be so simple and by that point in my life I had become so use to just “settling” that again I didn’t care about the terminology, I was just ME.

By the time I was 55 (2005) I was “architecturally impaired” and everything could be dealt with by a curb cut or a ramp.  Again I didn’t give a damn because I was ME.  With that said the ME of 2005 was more screwed up than the “polio survivor” of 1967.  Post-polio had finally caught up with me and I was discovering what having a “disability” really was.  Prior to that it had just been ME because I DID.  The wheelchair changed my life in so many way and I hadn’t prepared myself.  I began to become every title I had been labelled with in my life time.

Now at 67 (2017) I am an Island Health “case file” receiving service I don’t really qualify for (or need or want).  And now with this 64 year condensed history version I find myself subject to the whims of a service based on labels.  In order to move forward I am now subject to the labeling policies of our current local health system.  Based on their definitions the Primary Goal of Service is to “Teach/Encourage Independence”.

Now I’m just that “cranky old man” that some community care worker has to go see at 10AM everyday (except Sunday), which is fine because that’s ME!  And being ME means fighting my own jaded perspective of 60+ years of promised changed.  I am back to the days of that “crippled child” and have again become a “product” to keep health industry going (like they need help).  It has taken me 64 year to accept the fact that I am totally responsible for the outcomes of my success so fight on I will…

We grew up believing we can turn around,

Based on the path that travels the ground,

But the path of life is a one way street,

And we must deal with the souls we meet.

There’s no turning back to change the past,

The experience we have lived forever last.

There are other souls on life’s long road,

Carrying their memories as part of their load,

We meet these souls along the way,

Some move on while others stay,

What connects us to those so near?

What divides us from those we fear?

We travel long on the road of life,

Findings our joys, surviving our strife,

Those special few who stay till the end,

Experiences shared make us who we are,

The road of life goes on so far.