I don’t pretend to be a journalist but the world of social media has suddenly turned everyone with a keyboard into a “journalist”.  Just because I took a few journalism courses at school and had a column in a community magazine does not mean I am a journalist.  Journalists are individuals who have studied their craft, received their accreditation, hold memberships in a professional association and adhere to a ethical standard set out by their professional body.  Anyone else is a “blogger”.  I am a blogger and I identify my site as such.  I could gussy it up and call it a “news site” if I wanted to but I why would I want to do that.  I believe in ethics so I will not call myself or my site journalism or news.

I needed to make this distinction because of the way “fake news” is being thrown around these days.  There are way too many bloggers passing themselves off as journalists feeding this fake news frenzy.  Rebel Media was a good example of this but the National Post was not afraid to tackle that one head on and they weren’t alone.  Rebel Media is a website, not a news site but I see just as many examples in my little city of Nanaimo.

I live in a small city with a proliferation of of social media sites passing themselves off as “news”.  In reality they are, like myself, bloggers.  My news isn’t fake because I don’t present it as news, it is a collection of information organized, analyzed and presented as my opinion.  Why is this important to me?  Well too many bloggers disguising themselves as news sources are providing pseudo news to push an ideology rather than creating solutions.  People are entitled to their opinions but they are not entitled to package facts in such a way to creates a false narrative.  That’s the nature of fake news, so please ensure what you are reading is actual news and not just gentrified blogging.  Now that we have firmly established that I am a blogger and not a journalist lets continue with todays blog.

At what point do we start to take action?  I have been pursuing the topic of access for most of my life and yet we are still “talking”.  Inadequate solutions or ignoring of current regulations handicaps me, not my disability.  With that said I have been reviewing some of my old articles and find myself asking how long do we educate.

As I mentioned I use to have a column in the Cowichan Valley’s Alderlea Magazine.  I came across an article from October 2000, yes 17 years ago.  I could have written it yesterday which makes me question how long does it take to get the message across?  I have seen very little change over those years and, in some cases, backward movement.  When the federal Minister Responsible for Persons with Disabilities can blow people off with a comment stating “lots of sob stories out there” that’s a major step backwards.  I think this particular article is worth another presentation…some of the details may have changed but the basics remain the same.  The consulting name remains. 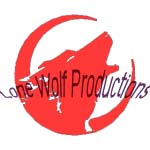 QUOTE – Words are important.  Knowing everyone is using a word in the same way will help to avoid confusion later on.  In 1980, the World Health Organization (WHO) issued the International Classification of Impairments, Disabilities and Handicaps (ICIDH) in accordance with Resolution WHA29.35 of the World Health Assembly.  This has been adopted in fifteen languages and is generally adhered to by member countries of WHO.  The ICIDH terminology refers to three concepts: impairment, disabilities and handicaps.  Three words that seem to be interchangeable but in reality are not.

They are defined as follows:

I would like to focus on the term handicapped.  I contracted polio at age 3 and I have never known any difference.  Life has always been life.  I never saw myself as handicapped.  I was just a person.

I have no control over my “impairment”.  I believe I deal well with my disability despite the impairment.  The largest barrier I face is that which everyone around me imposes.  Society, in general, tries to define me by a level of ability based on something I can’t achieve.  That doesn’t mean I can’t attain that level of ability in my own way.  You operate from a set of standards based on a norm where I operate from a criteria-based perspective.

The difficult part here is that handicap is based on the best of intentions.  Almost everybody wants to “help” the handicapped.  What many people don’t realize is that attitude creates the “handicap”.  So with that in mind try looking at people for who they are and not what they are.  We are, after all, just people.  END QUOTE

How far have we come in seventeen years?  And why am I still battling the same battles I fought twenty or more years ago?  When does educating stop and action begin?