“In a word I was a pioneer, and therefore had to blaze my own trail” – Major Taylor

There’s a light fog out there today, maybe better described as a mist but enough that you know the horizon is there but you can’t quite make it out.  That same fogginess has been clouding my mind of late which has stymied my writing.  So today I have to get some thoughts to paper before I go completely ballistic.  This misty mind is very depressing and when you are socially isolated the only form of expression is my writing.

People have been telling me for most of my life that my activism made me a “pioneer”.  That may be true but in my mind a pioneer has a destination with the plan of arriving at a destination.  My destination has always been an inclusive community which involves minimizing barriers, a society build on policies and regulations designed to eliminate any type of physical, attitudinal or systemic barriers.  A community that protects and supports all members otherwise known as an “inclusive” community.

To fully understand inclusion one needs to recognize three basic concepts.  Inclusion can have numerous forms but are generally defined by three parameters.  Some individuals may need more hands-on supports, which is interdependence.  Some may simply need protections provided through some policy or regulations that just even a playing field, independence.  Those two states are different but related.  The connecting concept, which often gets lost in translation, is the ability of self-determination.  That ability to self-determine contributes deeply to ones dignity and self-esteem.  How important is inclusion if you have to live it without dignity?

If you can’t differentiate between those three concepts you will never really grasp the importance of the “independent living movement“.  Those three terms are the trifecta of an inclusive community.  Without acknowledging all three you are simply creating a “product” for a healthcare system.

As a young polio survivor I was in the perfect demographic to be a pioneer in the coming independent living movement.  I grew up in the shadows of the likes of Robin Cavendish, Doug Mowat (one of the founding members of the BC Canadian Paraplegic Association and first elected disabled MLA), and Judi Chamberlin.  These are but a handful of activists whose mantle I picked up in the late 60’s and forward in my life.  They prepared the pathway that my generation began to pave.

I did my first activist march as an 18 year old hippie in Vancouver.  I got involved, as so many hippies did, protesting the Vietnam war.  It wasn’t due to my crutches but it did introduced me to the world of activism.  I was in Vancouver as a way to outrun the Alberta Eugenics Board.  Sterilizing the disabled was still allowed in Alberta so when I saw that letter show up I was out of Calgary and on my way to Vancouver before my parents even got home from work.  So the seeds of activism were already there, they just hadn’t been nurtured yet.  Vancouver did that and gave me a process. 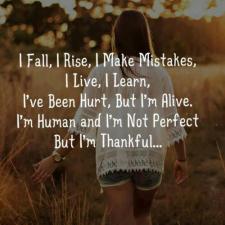 Never let them see you bleed

After retuning to Calgary I enrolled at Mount Royal College in 1970 at a time when schools didn’t have to accept students with disabilities.  The old Mount Royal in Calgary was far from accessible and again I was told I was a pioneer.  The students union nurture my activism gene even more and it took off faster than a Japanese Honeysuckle vine.

The same demographics that put me on this path are now the demographics hitting retirement, the baby-boomers.  Those programs and supports we had fought hard for throughout our life’s are not as apparent as we thought.  In my desire to be independent and not interdependent I now find none of the services to be there.

I am now in a Residential Tenancy battle over something I thought had been overcome 25 years ago.  What I didn’t realize was just how much erosion to the application of building code access regulations has occurred.  These regulations have now become a nicety, not a necessity.

My car snowed in and covered parking being refused, creates further social isolation

I have been living in a suite for over three years that isn’t really wheelchair accessible.  I knew I could accommodate the areas required (like crawling on my hands and knees into the bathroom) but that was three years ago, my knees won’t take it anymore.  The website for Madrona Green advertises covered parking so why don’t I have one?  One of the things I recently requested was a covered parking spot but was refused.  There’s a litany of issues that I have accommodated for but nothing in return.  Management is not prepared to make any accommodation so another move is on the horizon.

It’s exhausting being a pioneer but I refuse to be a victim.  I can’t let my need to self-determine allow me to be abused by a system I helped build.  Walking away from this battle would only denigrate all of those years of being a pioneer and I won’t let that happen.  I think my life’s work is worth something.

Many disabled have outlived what society thought would be our “best before date” but that shouldn’t provide anyone the right to take away our independence.  Depressed, burnt-out or socially isolated I will not stop now.  My writing is my catharsis to the fog in my head so I will continue as a pioneer.  I can see a deeper fog rolling down the mountain but I am feeling an increasing clarity to my thoughts…