“One can talk good and shower down roses, but it’s the receiver who has to walk through the thorns, and all its false expectations” – Anthony Liccione

I just read an article by a Chris Lenart describing the involvement of fathers in the lives of their disabled child.  I don’t know Chris personally and there is a 20 year difference (basically one generation) between us.  That is important to note because it does make a difference on perception and parental involvement.  I read his article through the lens of my own background.  Initially I was a little pissed off until I put it into a generational perspective.

I wasn’t upset with the focus of the article but my hackles do go up when I perceive more emphasis on “dis” than “ability”.  I didn’t grow up as a “disabled child” but I did grow up as a child with a disability.  My polio created some physical challenges but my disability was created by those around me, society.  I live by the philosophy that “my disability doesn’t define me, I define my disability”.  I have a life time of anecdotal evidence showing societies attitude defines disability.

My disability makes up about 20% of who I am but impacts a 100% of a persons initial exposure to me.  The 80% defined by my ability means I have to work a little harder to get that first impression a workable relationship.  How I present myself will be based on how well I am able to demonstrate my abilities to move past the “dis”.

I grew up in a time where institutional living was the norm.  Polio kids were hospitalize (some call it institutional) for numerous reasons.  Schools nor communities were accessible.  Medicine was no where near where it is today and seldom was the term “healthcare” even used.  There were few, if any, family support programs in the early baby-boomer days with surgical procedures being the primary treatment of the time.  This made institutional living easier for everyone.  Hospitals became households and your family were the other polio kids.  Growing up in that environment the emphasis was always on ability and we were encouraged to be self-sufficient individuals.

In today’s society there is a stigma attached to the “institutional” approach (which I can understand) however it allowed me a lot of opportunity in a generation where I would have otherwise missed out on so much.  Things like basic education, treatment or inclusive involvement in my community.  We didn’t all have “The Secret Garden” resources so the hospital became a community.

For the majority of my childhood my parents were nurses and the hospital was my home.  This was a generation when parents had little involvement in the medical aspects of their child’s life.  Parents had limited visitation opportunities, Wednesday after school for one hour (3:30 to 4:30pm) and again on Sunday for an 1.5 hours, siblings even less.  Between school, surgeries, various therapies (physio, OT, etc), activities like Scouts and Guides, arts and crafts, Friday movie nights, Saturday night teen dances, etc the hospital offered all of us the opportunity for community involvement that wasn’t really available in the mainstream community.

That was a normal life to me.  The traditional foundations of the basic developmental milestones and cognitive advancements that happened in any child’s life were established in that environment.  The concept of disability wasn’t there, in our eyes we were all the same.  The focus was on out ability, not a disability. 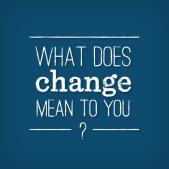 Change is continual and should never stop

So anytime I read an article with the emphasis on “disability” my hackles do rise because it goes against my nature of focusing on “abilities”.  My belief system had a foundation laid in a very different generation and this generational disparity has to be acknowledged when dealing with changing faces of disability.

I come from a generation when there were few rules and regulations.  Schools didn’t have to include students with disabilities until provincial legislation was introduced in 1957.  Alberta was the last province to repeal medical sterilization on the disabled in 1972.  The right to vote for the disabled wasn’t guaranteed by law until 1976.

Change happens incrementally and the fight for disability rights has been going on for over 80 years, a short time in the overall perspective of history.  Each generation has contributed based on the beliefs of the time with a major kick start coming from the WW2 veterans.  They weren’t content to accept a lifetime of institutionalization.  They  began making trails to open the community to future concepts like equal access and inclusion.

Successive generations have paved, widened and strengthen those trails.  Part of that process involves beliefs, concepts and words that emote inclusion, a word that forty years ago wasn’t even really in the lexicon.  Words are important and powerful.  A single out of context word can totally change a message.  We need to be aware of how we use the words.

We no longer live in a society where you can drop off your child with a disability at a hospital or institution.  Parents are now part of the “treatment team”.  It’s a full-time job coordinating and participating the the treatment of your child but that shouldn’t take away from the “normalcy” of being a child.  They are not their diagnosis so, again, when I see wording like “disabled child” my hackles do go up.  I have been around long enough to understand that is based on my personal belief and the way I relate to words.

However all one has to do is watch a movie like “Rory O’Shea Was Here” to realize many of these attitudes are still alive and well.  Vigilance must be maintained since even the most well meaning people can be dangerous to independence.

Chris means well and represents a generation whose belief system was developed on the advancements made by those who came before him.  He continues to pave that road and move things forward.  I am now in a role of a historian and mentor.  A role Chris will find himself in one day.

He represents a more current voice of activism and education.  Soon he will be the historian and mentor to those who came twenty years after him.  That generation of disabilities that have never known anything but inclusion.  That isn’t the same as saying potholes in the road of independence won’t need repairing on a regular basis.  That is where his encouragement will be important.

Don’t let change be a barrier and don’t let change drag us backwards.  To avoid being dragged backwards choose your words well.  Words are powerful and the perception they emote sets the stage for advancement.  Words are to activists what a good brush stroke is to an artist. We are only as progressive as the language we use…you can read Chris’s views and those of his peers at https://www.disabilityawareness.us/

Have a good one…